Throughout the preliminary round of the hockey tournament in Sochi the United States was an offensive juggernaut. They scored 20 goals in the span of five games and forward Phil Kessel was the leading scorer among forwards in the tournament with eight points. After team USA’s amazing shootout win against Russia thanks to TJ Oshie many thought we could go all the way. Sadly, that was not the case.

The Czech Republic was our first opponent in the elimination stage that we beat by a score of 5-2. It was a relatively easy win for the United States. Next, the real challenge arrived in the form of the Canadians. Canada had narrowly made it to the semifinals after a very close win against Latvia. It seemed as though Canada was struggling in the tournament due to more than half of their goals coming from defensemen. Friday would bring the rematch that North America wanted to see except this time it wasn’t for a gold medal but whoever won would go on to play in the gold medal game.

So much was at stake for both teams going into the game. The United States was playing for revenge of their 2010 gold medal loss while Canada was looking towards playing for a second consecutive gold in hockey. Each team came out hard with tight checking, fast skating, and some great scoring chances. It was end to end action to start the game yet we saw no score through the first period. Early in the second period Canada had possession in the Americans’ end when defenseman Jay Bouwmeester threw the puck on net and it was deflected by forward Jamie Benn for the first goal of the game. That goal would be all Canada needed as they defeated the USA 1-0 in an overall great hockey game. Canada would go on to capture the gold medal when they beat Sweden 3-0 on Sunday.

The loss to Canada did not end the Americans’ quest for a medal but gave them a chance to win bronze against Finland. Finland came out hard and the USA was routed 5-0 in the game that took place Saturday morning. Personally, watching the game was a disappointment for me along with the rest of the USA hockey fans because it seemed as if our team played with no heart due to the looming devastation of the loss to Canada. No matter what, many had expected a better performance from Team USA in Sochi but it only ended in a fourth place, non-medal effort. 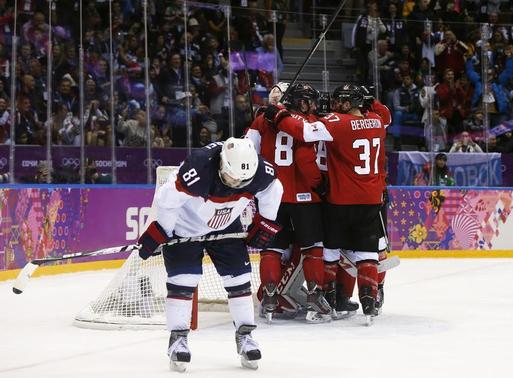 My Thoughts After Working as an Assistant Costume Designer for BU...

Michael Lamberti - Nov 1, 2019 0
My name is Michael Lamberti; I am a videographer, editor, actor and costume designer. As of the time this article is published, this would...

Where does the Easter Bunny come from?

Flyers on the Brink of Elimination