Overwatch 2 has landed in the fray! Overwatch 2 is a free-to-play, cooperative action game where every match is a 5v5 battlefield brawl. Overwatch 1 and 2 were created by Blizzard Entertainment. The setting is an optimistic future. As you engage in combat all around the world, you can play as a time-jumping freedom warrior, a beat-dropping battlefield DJ, or one of more than 30 other distinctive characters. Before Oct. 2th, there was only Overwatch. Is it the same game? Some say it is. Some say it has a variety of differences to make the game feel different and new.

So, What is the Difference Between Overwatch 1 & 2

Overwatch 1 and 2 are pretty much similar, but with slite differences. Some similarities include: old/returning maps, characters, abilities, and modes. Some differences include: NEW maps, characters, abilities, and modes. Overwatch 2 is not a sequel to Overwatch 1, but more of an “add-on” to the Overwatch universe. This allowed Blizzard to “move on ” from the current game’s version to allow for a new way-to-play. Players can play Overwatch 2 for FREE on blizzard.net and their respective consoles.

There are several new maps to Overwatch 2. The maps include: 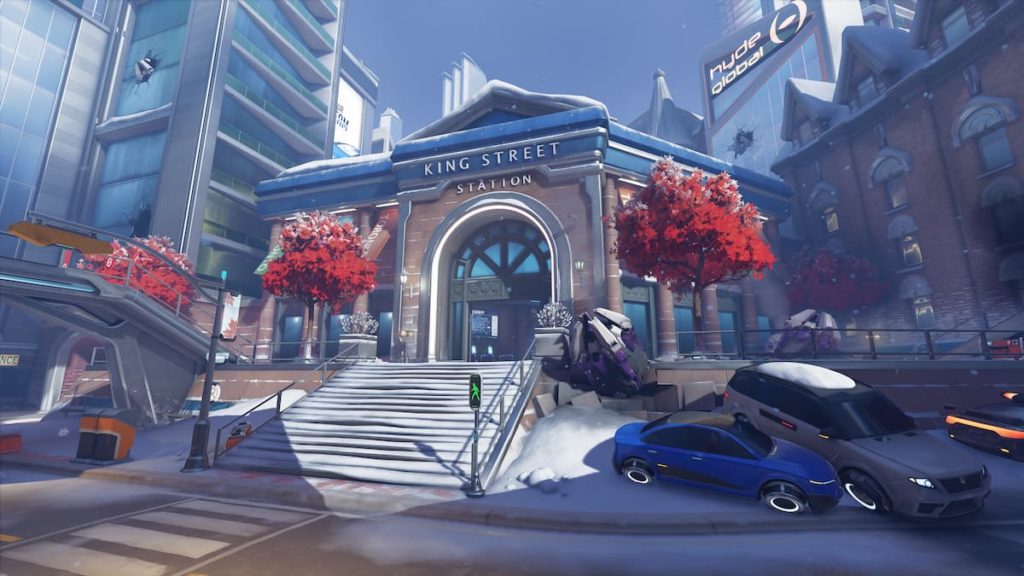 Prior to Overwatch 1, there are new game modes AND old game modes returning to the game. The main seller of “new modes” coming to Overwatch 2 is Player vs Everything (PvE). Overwatch 1 is a Player vs Player (PvP) game, with no option for PvE. Overwatch 2’s PvE mode is aimed to launch sometime in 2023. Blizzard will update its players closer to its launch.

A new PvP mode is “Push”, where teams compete to control a robot that needs to be pushed to an opponent’s base. There’s also another unannounced mode where the game will feature one of the largest PvP maps: the biggest of all time, according to developers.

Overwatch fans expected to see all-new hero looks in the sequel, and fans knew there would be improvements for Genji, Lucio, Mai, Mercy, Reinhardt, Tracer, and Winston.

It turns out that Cassidy, Pharah, Reaper, and his Widowmaker get a brand new hero with his texture, along with a redesigned face that looks more expressive. The latter could be a decision based on the game’s new campaign mode, which features cutscenes.

How Can You Play Overwatch 2?

Go slay out with your friends in this futuristic adventure. Overwatch 2 is available now.

Kendyl Galbraith - Apr 4, 2016 0
The Bloomsburg chapter of the American Marketing Association (AMA) is hosting a weeklong event called “Bloom Into Marketing Week” which is similar to “Marketing...

Put a Stop to Standardized Testing