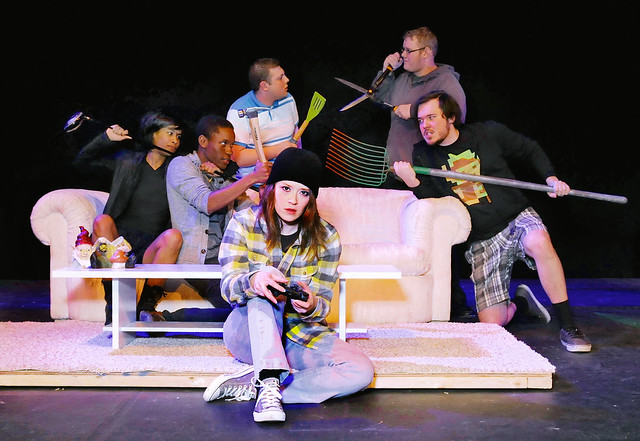 ighborhood 3: Requisition of Doom. Neighborhood 3 is a one-act play about a neighborhood inhabited by normal, average families. Unknowingly, every one of those families is in life-threatening danger due to a video game that their children are playing. The video game, Neighborhood 3, somehow is the cause of strange occurrences within the neighborhood, and no one seems to know what is going on. As soon as everyone gets to the “Final House,” that is the moment everything goes wrong.

The plot of the performance put everyone in attendance in a giant state of confusion. No one in the audience could figure out if the actors were in the game, in real life, playing the game, or being played by the game. The fact that in their world there was a video game using satellite to copy the neighborhood and the residents’ likeness was absolutely brilliant. This way the players could kill “zombies” that looked like people they knew. The overall acting was superb, and the pure, concerned emotions from the parents towards their kids was very nicely done. The set looked great and portrayed the average suburban neighborhood excellently. From the blood on the hammer to the costume designs, even I was convinced that I was witnessing a real-life video game. Neighborhood 3: Requisition of Doom certainly deserves two thumbs up. 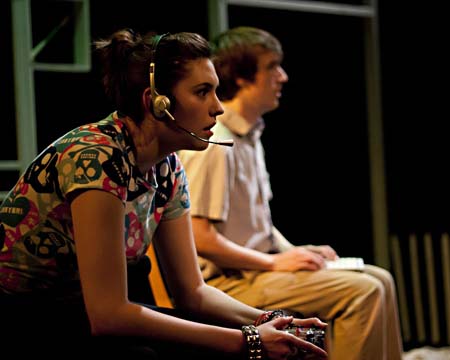 Kendyl Galbraith - Mar 12, 2015 0
While some still prefer their old school coffee makers, these days a large portion of the population has switched to using Keurigs, which makes...

V-Day Playlist for Couples AND Singles