The 2014 College Football season kicked off on Wednesday night. The first game took place between the Georgia State Panthers and the Abilene Christian Wildcats at Atlanta’s Georgia Dome. That contest was just one of 85 games where 170 Division-I schools opened their seasons. With the first week under our belts, college football fans will no longer have to wait for the games, the action, and of course, the upsets. In fact, here are the top five selections for this week’s biggest spoilers.

When Johnny Manziel was selected by the Cleveland Browns as the 22nd overall choice, Texas A&M’s starting quarterback duties fell into the lap of sophomore Kenny Hill. Ironically, former South Carolina quarterback Connor Shaw also landed in Cleveland with Manziel. However, he signed with the Browns as an undrafted free agent. Senior Dylan Thompson took Shaw’s place as the starter and led the Gamecocks into the season opener at home.

During the game, Texas A&M did not look like a team in transition. Aggie fans immediately forgot about Johnny Manziel as Kenny Hill broke his predecessor’s records for completions, attempts, and yards in a single game. Hill completed 44 of 60 passes for 511-yards and three touchdown passes. Senior wide receiver Malcome Kennedy put up Mike Evans type numbers. Kennedy made 14 receptions for 137-yards and junior running back Tra Carson found the end zone three times. Overall, the Aggies racked up 39 first downs and 680-yards of total offense.

Dylan Thompson was impressive for the Gamecocks. He led South Carolina’s offense by completing 20 of 40 passes for 366-yards and four touchdown passes, including a pair to senior wide receiver Nick Jones. Jones finished the game with five receptions for 113-yards as South Carolina had no problem throwing the ball. However, they failed to establish a running game, getting outgained by the Aggies in that department, 169-67. Anything the Gamecocks did, the Aggies did better. This was a big win for Texas A&M, especially since they were on the road in a hostile environment.

Wake Forest did not field a great team in 2013, going just 4-8, while Louisiana-Monroe actually achieved a 6-6 mark. However, since joining the Football Bowl Subdivision in 2005, the Warhawks only had one winning season and won bowl appearance, both achieved in 2012. The Demon Deacons had every reason not to take this squad seriously when they traveled to Malone Stadium on Thursday night.

A blocked punt return for a touchdown and a field goal gave Wake Forest a 10-0 halftime lead. The Deacons rout appeared to be on, but the Warhawks mounted a second half comeback. A 30-yard field goal by kicker Justin Manton cut into the Wake Forest lead and junior safety Mitch Lane’s 31-yard interception return for a touchdown tied the score at ten. Both of those scores occurred in just a 48 second span.

In the fourth quarter, Warhawks quarterback Pete Thomas engineered a 12 play, 66-yard drive that ate up nearly six minutes of the clock. With just 3:37 remaining, Thomas capped the march by scoring from nine-yards out to give Louisiana-Monroe the lead. After forcing Wake Forest to punt after an ensuing three and out, the Hawks successfully ran out the clock en route to a 17-10 victory.

Thomas completed 23 of 41 passes for 189-yards and scored what proved to be the game winning touchdown. Running back Centarius Donald gained 117-yards on 26 carries while the Warhawks gained 352-yards of total offense. While the offense provided the winning points, the defense was the catalyst to the win.

Louisiana-Monroe limited the Demon Deacons to just five total first downs, negative three-yards on the ground, and just 94-yards of total offense. In fact, Wake Forest was held to just 24-yards in the second half. The Warhawks simply dominated this game both offensively and defensively.

Despite this high scoring shootout, the Panthers still trailed by two possessions in the fourth quarter, 37-28. Arbuckle engineered a nine play, 77-yard drive and found Ruiz in the end zone for a nine-yard scoring reception. When Georgia State got the ball back, their offense went to work again. Arbuckle led the Panthers 72-yards down the field in 13 plays. During the drive, Arbuckle completed a 24-yard pass to Blair on 4th and 19 to keep the Panthers hopes alive.

Arbuckle got kicker Wil Lutz in position for a game winning field goal. Lutz’s 26-yard attempt sailed right through the uprights with four seconds remaining. The winning field goal gave the Panthers their first victory since Oct. 13, 2012, when they defeated Rhode Island, 41-7.

The University of Texas-San Antonio started their football program in 2011 and two seasons later; the Roadrunners became new members of Conference-USA. Standing in their way for the season opener was the Houston Cougars, winners of ten conference championships throughout the program’s history. Conference-USA used to be the home division for Houston’s football program, but they now compete in the American Athletic Conference.

Houston seemed like they would be an overwhelming favorite. I mean, let’s be honest, they were playing a four-year old team. However, UTSA did not play a patsy role during the duration of this game. The Roadrunners erupted for a string of 27 consecutive points while holding the Cougars trademark high scoring offense to just a single touchdown.

Senior quarterback Tucker Carter was efficient in leading UTSA’s offense, completing 15 of 24 passes for 121-yards without throwing an interception. Another senior, running back David Glasco II, gutted out 81-yards on 25 carries and scored twice. Sophomore Jarveon Williams added another rushing touchdown from 11-yards out to add to the pounding.

Houston quarterback John O’Korn threw four interceptions as the Cougars committed six turnovers. The Cougars were held to negative 26-yards rushing and the offense could manage just 208 total yards. Overall, this was a lowly performance against a very young football program. This game goes to show you that UTSA could possibly become a threat in the upcoming years.

North Dakota State competes in Division-I AA’s Missouri Valley Conference and they are the three-time defending FCS Champions. In the past, they have great success against FBS teams. As a matter of fact, their victory over Iowa State on Saturday improved their FBS record to 5-0. However, a lot of people believed that the Cyclones would snap this streak.

Iowa State was determined to put the Bison in their place when senior running back Aaron Wimberly capped off scoring drives of 75 and 51-yards with a pair of touchdown runs. The Clones gutted a 14-0 lead out of North Dakota State. However, it did not take the Bison long to come back.

North Dakota State erupted with a string of 34 unanswered points following their two touchdown deficit. Their biggest threat was senior running back John Crockett, who rushed for 138-yards on 17 carries and scored three times, one of the touchdowns included an 80-yard backbreaker.

Meanwhile, the Bison defense forced Cyclones quarterback Sam B. Richardson into throwing two interceptions. Iowa State was held to just 253 total yards and the Cyclones were shutout during the second half.

For more information on college football games, scores, and recaps, go to http://espn.go.com/. 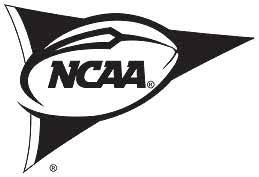