It seems that the “Damn Daniel” meme is finally running out of steam, after it blew up the internet and landed the two 14-year-old guys on Ellen. Daniel got a lifetime supply of white Vans, by the way, from Vans themselves. Can you imagine his friends turning him down when he tries to get rid of all those free shoes he doesn’t need? I could sure use a pair, just saying.

Anyway, I’m going to rev up the meme one last time, because what I’m about to show you is just too funny. Apparently, some guy put up a pair of ordinary white Vans on eBay, trying to pass them off as 100 percent authentic  Damn Daniel™ White Vans (even though these have laces, and Daniel’s were slip ons. Okay.) The guy wanted $400,000 for them. That deal has since disappeared from the site, but don’t worry — there are countless other offers for some Damn Daniel™ Vans.

Each of them could have been worn by Daniel himself. That’s the fun in spending over $1000 to wear them, right? 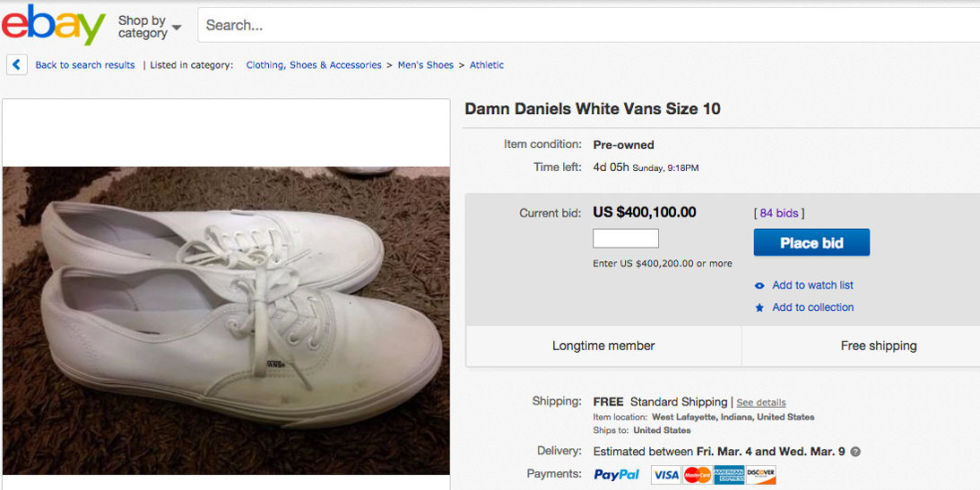 Still not tickling your fancy? Well, you can try buying the shoes with a framed picture of Daniel, a Damn Daniel t-shirt, or even some actual white vans. Damn, indeed.

And before the meme finally dies, please just take this Buzzfeed quiz. Which Damn Daniel Vans are you?

What is Christian Nationalism?