Saturday night in Dallas was a good old fashion western shootout between the Flyers and the Dallas Stars. The game was a seesaw battle until the end but the Flyers finally got their first win of the season after Claude Giroux’s game winning goal in overtime. Philadelphia’s road trip started off on a positive note.

The Flyers played a great game as they came back from being down by at least one goal three different times. Brayden Schenn scored his first goal of the season, amid rumors of him being traded due to his poor play so far this year. Forward Jake Voracek had two points in the match which gives him at least a point in each one of the team’s first five games. However, Wayne Simmonds’ point streak was ended after a great first four games by him. Besides that, it was a great night for the orange and black as they finally pulled through for a victory.

After being in Dallas, the Flyers now travel to Chicago where they will face the Blackhawks on Tuesday night, then travel to Pittsburgh to play their cross state rivals, the Penguins, on Wednesday. Philadelphia’s road trip has begun on a high note but with two more tough teams on the horizon the Flyers will need to keep working hard to win more. 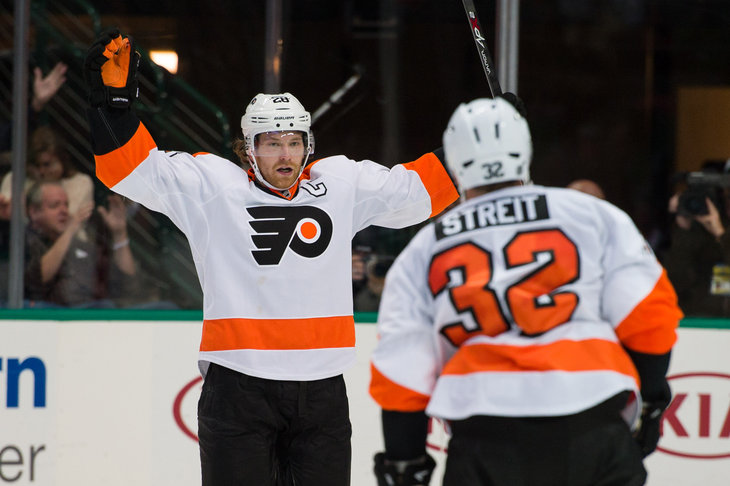 Who Says Politics Is Going To The Dogs?

Andrew Protsko - Nov 4, 2008 0
With the election of the 44th President of the U.S. in sight, voters are finalizing their decisions and preparing to cast their ballots.The race...