Friday night in South Philadelphia the Flyers hosted the Maple Leafs and handed them a seventh straight loss. The Flyers themselves were coming off of a two game losing streak at the hands of the LA Kings and New York Rangers. Philadelphia struck first with Vincent Lecavalier netting his 16th goal of the year on a power play. Lecavalier had been demoted to the fourth line earlier in the day so his goal showed that he wanted to be moved back up to his original second line position. Scott Hartnell, Claude Giroux, and Wayne Simmonds all scored for Philadelphia as the Flyers marched to a 4-2 victory. Notably, Giroux and Simmonds each scored their 25th goals of the year in the process. Goaltender Steve Mason was outstanding once again as he made 32 saves. The Flyers are back in action against Boston on Sunday.

Besides the Flyers winning, there was some other good news that happened Friday night. Philadelphia’s cross state rival, the Pittsburgh Penguins, beat the Columbus Blue Jackets. The Blue Jackets, only three points behind the Flyers in the Metropolitan Division as of Friday now trails Philadelphia by five points. Who knew that bitter rivals could help each other? It’s a tight race in the division and will be up until the last game of the season. Philadelphia remains one point behind the New York Rangers but they are still in a playoff spot. Catching the Rangers and gaining points in the standings are what the Flyers need to focus on as they enter the home stretch of working towards a playoff berth. 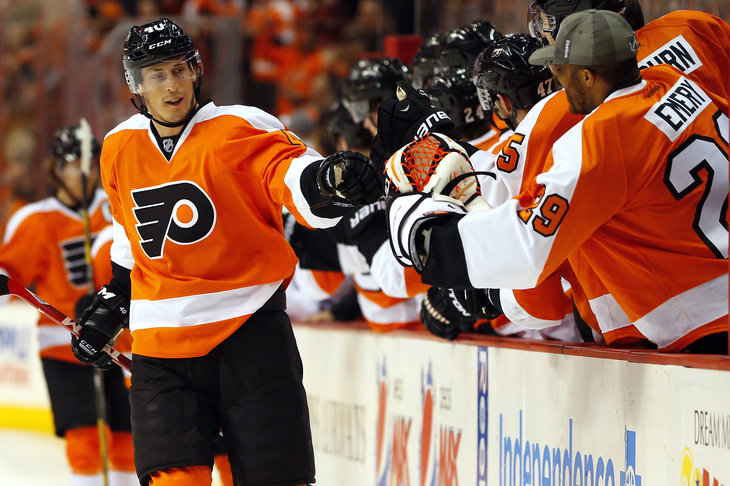 BU Women’s Lacrosse on the Road to Victory

Karen DeFrancesco- Educator for Everyone

A Cure for HIV?