Ever since coming to Philadelphia back in 2006 Scott Hartnell was a fan favorite among the Flyers faithful. He had his good seasons and bad seasons but sometimes it seemed as if the negatives outweighed the positives.

All that is history now as the Flyers traded Hartnell to the Columbus Blue Jackets on Monday afternoon. In return, Philadelphia received a fourth round draft pick along with a familiar face, RJ Umberger. Umberger had been with the Flyers for three seasons earlier in his career before he was dealt to Columbus. He has now come full circle as he returns to the Flyers once again. This past season, Umberger posted 34 points in 74 games with the Blue Jackets. That being said,  he isn’t the best of scorers but he adds good depth to an already deep Flyers forward line up.

It seems as if the Flyers and Blue Jackets have good relations as this is the third time the teams have made a trade with each other in the last five years. Notable acquisitions from Columbus include Jakub Voracek, goaltender Steve Mason, and a draft pick which was used to draft Sean Couturier.

The Flyers have made their first move of the offseason and it was a bit of a shocker. Now, fans can sit back, relax, and wait until something else may happen in the coming weeks. 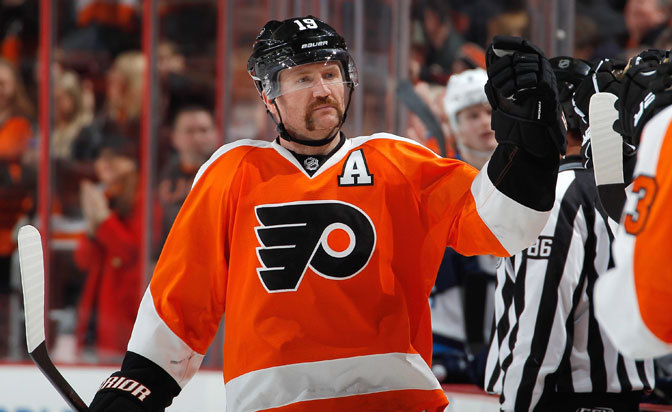 Voice Opinion - Nov 19, 2008 0
Like many females in my age group, and even some males, I read “Cosmopolitan” magazine.  Cosmo recently added a section to their magazine called...

Hairstyles To Dye For!

Flyers Hail to Kings in Carter, Richards Return to Philly