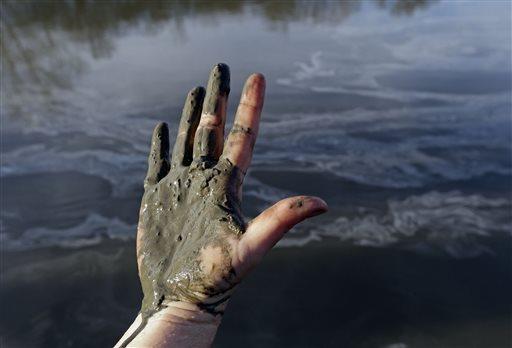 On Feb. 2, a drainage pipe running under a waste pond collapsed, releasing 82,000 tons of coal ash mixed with 27 million gallons of contaminated water into the Dan River, affecting parts of North Carolina and Virginia. The accident ranks as the third largest coal ash spill in United States history, and everyone is pointing the finger at Duke Energy, the company that owns the plant with the faulty pipe.

Paul Newton, the executive of Duke, released a statement on Friday, Feb. 7, “We apologize and will use all available resources to take care of the river. We will do the right thing for the river and surrounding communities. We are accountable.”

The company also said engineers at its Dan River Steam Station are working on a containment system to capture and filter arsenic, lead, and other toxic runoff and pump it back into a storage basin. According to Duke’s public relations department, everything seems under control. However, according to many environmentalists, that’s far from the truth.

Pete Harrison, a lawyer with the Riverkeeper Alliance, says the Dan River plant had been leaking heavy metals for years, contaminating groundwater and the river. He dipped a kayak paddle into the river and pulled out a gray, sticky clump 4 inches thick.

“The Dan River does not have a clean bill of health, ” said Tom Reeder, director of the North Carolina Division of Water Resources. He’s concerned about heavy metals settling and concentrating in sediment on the river bottom.

According to The Weather Channel, there are two sets of conflicting water test results. Officials from the North Carolina Department of Environment and Natural Resources teamed up with Duke Energy, with tests showing levels of arsenic up to 40 parts per billion, just below 50 parts per billion, the state limit considered safe for humans and fish.

However, samples collected by the Waterkeeper Alliance showed levels of arsenic at 350 parts per billion, seven times the safe limit for aquatic life, and nine times greater than the results collected by the state and Duke.

According to the LA Times, this isn’t the first time Duke has come under fire. Last summer, environmental groups threatened to sue Duke for leaking coal ash from basins. Following this, the North Carolina Department of Environment and Natural Resources sued Duke for illegal discharges of coal ash from 14 plants in the state, including the Dan River facility.

Residents of the affected areas are confused by the conflict and are awaiting a single, accurate report on the situation.

The Jan. 6 Capitol riot: A complete guide to what we know about Pennsylvania’s role

How to Weigh in on PA’s New Legislative Map

The Jan. 6 Capitol riot: A complete guide to what we...

Justin McDonald - Oct 9, 2011 0
BUnow photographers ventured down to the Bloomsburg homecoming parade to take your pictures. Check out the pictures below to find yourself.

Obama vs Romney Educational Plan for the Future

Coronavirus: How Students’ Grades are Being Affected