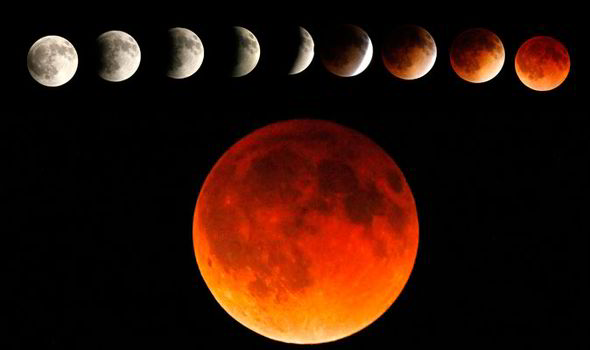 A boring old Sunday night is about to get better, thanks to the amazing grace of space. What better way to ring in October early than with a blood moon eclipse?

A “blood moon” is when a full moon has a reddish hue.  It’s also a total eclipse, which means the moon will be completely red!

Three things will be happening at the same time —there will be an eclipse (when Earth’s orbit lines up directly between the sun and the moon), the moon will be full, and it will be at its closest point to earth in its orbit, making it a supermoon, as well.

“Close” means 221,753 miles away, in case you were wondering — but that’s where most people coin the term “supermoon,” since the moon looks so huge when it’s close!

Wondering what time you’ll need to be gazing up at the sky? Check out the chart below, courtesy of USA Today: According to AL, this hasn’t happened in 33 years —and the next year it will happen is 2033.

Lunar eclipses themselves, however, aren’t that rare. They happen frequently, but more recent ones have been too early in the morning for most people to see. Tonight’s eclipse, however, is prime time!

And it’s safe to look at this one — unlike solar eclipses, where it’s dangerous to look at the sun for a prolonged amount of time.

If you’re interested in the details of each stage, click here to find out more about this fantastic eclipse.

Running Through D.C. on the Eve of the Inauguration

Shannon Hoffman - Jan 20, 2009 0
It was difficult finding an open path through the city, and I had to slow my pace considerably while rounding the Capitol building and heading toward the Washington Monument - all the more time to take in the sites. Yesterday's concert at the Lincoln Memorial was being replayed on the jumbo-trons in the National Mall, and every corner was manned by vendors selling Obama pins, t-shirts, pictures, and calendars. I was enchanted by the angelic voices of a choir on the steps of the Capitol building, and touched by the hundred or so army soldiers who posed in front of the Washington Monument for pictures. It was amazing to me that a city, packed with so many people, could be in such harmony.

Episode 2: Are you feelin’ this?