With everyone talking about the so-called “Average Barbie,” it’s time to take a look at some of the most-talked-about Barbies ever created. 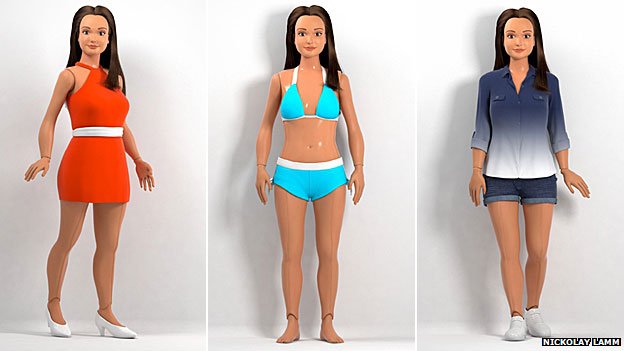 The newest sensation on the internet is the “Average Barbie,” which isn’t even a Barbie at all. She is 19-year-old Lammily created by Nickolay Lamm, modeled after real measurements of the typical American woman. Nicknamed the “Anti-Barbie,” Lammily is made possible through a crowdsourcing campaign. You can preorder your own Lammily here  to receive it later this year at the earliest. 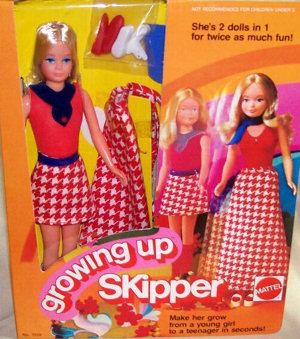 First released in 1975 by Mattel, Growing up Skipper was a real transformation doll. Girls could rotate Skipper’s arm forward and she would grow taller and even develop small breasts to demonstrate the growth into womanhood. Mattel even brought the concept back in 2007 with the Growing Up Glam Dolls; with the flick of a switch on their backs, the dolls grow and their chests double in size.

One of Barbie’s oldest friends and happily married, Midge hit the shelves in 2002 as a pregnant Mattel doll with a detachable stomach so you could see the miracle of birth for yourself. Somehow this backfired, promoting teen pregnancy, as it was pulled from store shelves that same year.

The Oreo Barbie may be old news, but after it was first released in 1994 as a Caucasian doll, Mattel Teamed up with Nabisco again in 1997  to release the African American Special Edition Oreo Barbie. Well apparently no one from either company realized “Oreo” is a derogatory slang term for a Black person who supposedly acts too White. The Barbie didn’t sell great anyway so it had to be recalled later.

Share a Smile Becky Can’t Fit in Her Own House

The year was 1997 when Mattel thought it was a good time to release Share a Smile Becky, a wheelchair-bound friend for Barbie. Another win for diversity right? What they didn’t realize was that the wheelchair couldn’t even fit in Barbie’s Dream Home. A 17-year-old high student with cerebral palsy pointed out the flaw, reminiscent of the struggles of everyday life for people with disabilities. In cruel irony, Mattel redesigned the doll later with a smaller wheelchair, which still couldn’t fit in the Dream Home. Becky was quietly pulled from stores as the friend who couldn’t go where Barbie went.

Video Girl Gets a Warning from FBI A Barbie that can shoot video from her camera necklace may be one of the most Orwellian toys ever created. The FBI even took notice in 2010, issuing a warning to investigators and law enforcement agencies that the toy is a “Possible Child Pornography Production Method.” The press had a field day with the story, despite Video Girl ironically being nominated for the 2011 Toy of the Year Award. 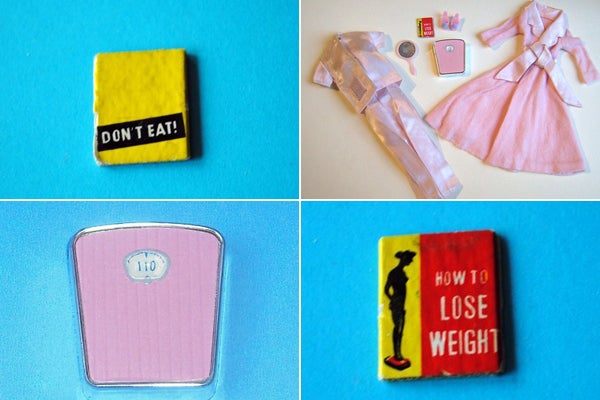 In 1965, Mattel released Slumber Party Barbie, whose accessories included a scale set to a measly 110 pounds and a diet book with one set of instructions “DON’T EAT!”  The scale was removed just one year later for the next version, renamed Barbie Sleepytime Gal, but she still came equipped with her diet book and it’s one simple rule.

Angela Gregorio - Apr 7, 2015 0
Pop star Avril Lavigne has been recently diagnosed with Lyme disease. Women’s Health says she was sick for a while before doctors diagnosed her...

Man Sets Self on Fire in D.C.