We all have that one friend – the one who you see at a party, looking disgustedly at the beer in hand and complaining about the rest of the drinks the party has to offer. Yup, they’re a beer snob. Whether it’s preaching to groups of people about “real” beer, or just downright taking two sips of a drink and then proceeding to pour it down the drain, beer snobs are alive and well among us. 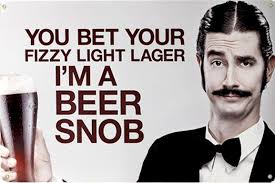 There’s nothing worse than a beer snob killing the mood by declaring what they’re drinking is “panther piss”. They often enjoy high quality alcohol that costs more than the standard price of a six-pack. Their beers of choice include craft beers like Belgians, IPA’s, Imperial Stouts, etc. And of course, they have to denounce anyone who does not see things their way.

Many people who drink for fun are not fond of beer snobs, calling them “elitist” and “pretentious,” along with a slew of other choice words. However, these “snobs” may just be trying to convey their privileged knowledge in a demeaning way. Why can’t we just respect other’s opinions, keep an open mind, and most importantly, enjoy our beers, man?

Well, if you’re wondering whether you’re a beer snob or not, here are five signs of true snobbery. So unless you want to be the joke of the party or make your friends hate you, stay away from these five acts and be nice about your drink preferences.

1) Advocating: like a lawyer in a courtroom, you swear by “your” beer, and your opinion will not be swayed. You must convey your love of this beer to all those Bud-drinking peasants.

2) Saying a beer tastes bad: Much like number one, if you don’t like that crap your friend just gave you, you have to make it known. After all, you’re doing them a favor… right? 3) Using “glassware”: Drinking out of the bottle? Hell no! Beer snobs don’t use glasses, either. Tulips, nonics, steins, each are perfectly appropriate, as long as you pick the right one for the right style of beer. 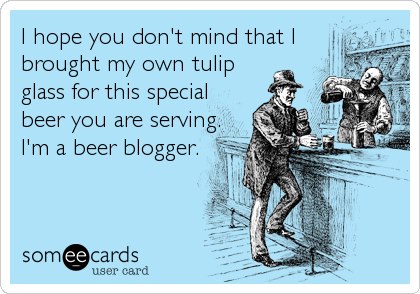 4) The cost: you’ll pay any price just to get your hands on that next crafty taste. And those guys that are buying 12 packs of Natty Light for five bucks? Forget about ’em.

5) The terminology: Not familiar with terms such as “mouthfeel,” “quaffability,” and “bouquet”? And you don’t rank your beers or prefer any of them warm? Might as well throw your beer badge on the ground and stomp it to pieces.

Do you hate beer snobs? What kind of beer do you prefer? Feel free to leave a comment below!