In the month of March, everyone knows that all eyes are on the NCAA basketball tournament. For hockey fans, that may be a little different because as March comes to an end, the NCAA Division One College Hockey Tournament begins. Per NCAA.com, 16 teams from 59 schools with D1 hockey are chosen to compete for the national championship. Each region crowns a champion after they win a semifinal game as well as the regional final game. The winners from each region then move on to the Frozen Four to go toe to toe on the national stage.

This year’s Frozen Four is being held at TD Garden in Boston. The arena is usually home to the NHL’s Boston Bruins yet they have been kind enough to let the NCAA use the space for a few days. Three games will take place at the arena starting with the two semifinal games on Thursday, April 9th. The night’s first game will feature Omaha and Providence at 5:00 p.m. Next on the schedule will be (3) Boston University up against (2) North Dakota at 8:30 p.m. Both games will be broadcasted on ESPN2.

After the finalists are determined, things will be at peak excitement for fans of college hockey as they will be able to see the two best teams go head to head for a national title. Last year’s championship game took place at the Wells Fargo Center in Philadelphia and was nothing short of exciting. Union (N.Y.) defeated a top ranked Minnesota team 7-4 to win their school its first National Championship. This year’s game should not disappoint either.

The 2015 NCAA Frozen Four Championship game will be on Saturday, April 11 at 7:30 p.m. on ESPN. Tune in to see some great college hockey action. 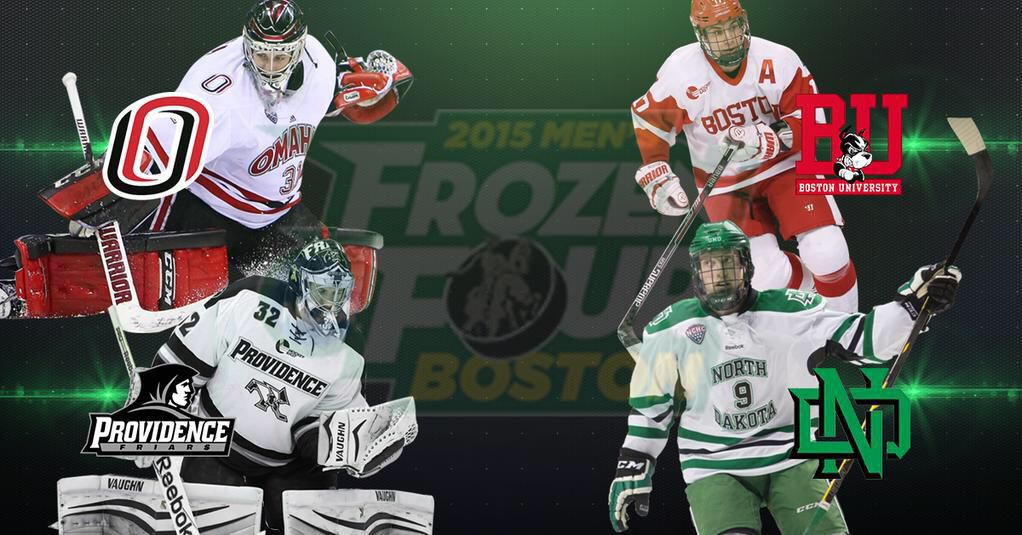 The NFL Draft – Let’s Keep Those Young Guns in School

Students Mobilize to Switch BU Off of Coal to 100% Clean...

Welcome to Zoomsburg! The Transition to Online Learning